I have a confession to make.  Usually, I make notes throughout the club meetings as they are so full of  good speeches, table topics, creative use of language and general bonhomie, it’s difficult to remember everything.  But, this week, I have lost my notes – can’t find them anywhere.  However, I can tell you that the evening was very enjoyable.  It was run well and on time by first time Toastmaster of the Evening (TME), Mark Ferguson.   Mark facilitated the evening with quiet assurance and, as the TME sets the tone of the meeting, Mark helped everyone else feel relaxed.  The role players were alert to timing, verbal fillers and the good and not so good use of language.  The word of the day was ubiquitous and was used frequently throughout the evening. 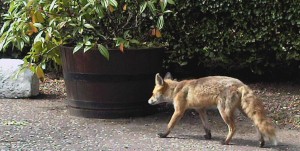 Was this the thief?

After the break, Table Topics Master (TTM), Kevin Miller, held a trial.  The Golden Goose’s golden egg had been stolen and Kevin was determined to find out whodunnit.  Members were invited to speak for up to 2 minutes, either for the defence or prosecution  – challenging and funny.  We did find out who the perpetrator of the crime but I have forgotten (see ref above to lost notes).  If you can’t stand the suspense and want to find out who stole the golden egg, email Kevin Miller.

David Calder delivered Speech 8  Help For Heroes,  from the Competent Communicator (CC) manual.  The objectives of this speech are to ‘select visual aids appropriate to the message and to use them with ease and confidence’  David illustrated his speech about war veterans and the charities set up to support them, with photos of servicemen and servicewomen.  He fulfilled all the objectives changing the VA’s with a deft use of the clicker that was almost invisible and displayed confidence by maintaining his composure when the laptop switched itself off near the end of his speech.  A good lesson from David for everyone – things do go wrong, even to the most carefully prepared speech, but you just have to ‘keep calm and carry on’, a bit like the servicemen David was telling us about.  Visual aids and props can bring a speech to life, especially one that deals with data or statistics.  Take a look at this TED talk and see how props, VA’s and humour can enliven a speech.  Take a break and watch it with a  coffee or tea – it’s only just over 9 minutes long.

Penny Haywood Calder again delivered her winning contest speech, The Ig-Nobel Truth, for practice this time, and audience members gave her feedback in a 10 minute open evaluation.  The suggestions obviously helped as Penny went on to win the Area 30 International Speech Contest in Edinburgh last Sunday when she competed against the winners from the 4 other clubs in Area 30.   Congratulations, Penny!

won the Evaluation Contest, with an evaluation of  Waverley Communicators member, Kirsten McKenzie , who delivered the test speech for the contest, A Tall Tale of Tapas.  Both Penny and Maria will now represent Area 30 at the Division E contest in Solihull on Sunday 17th April.  Good luck, Penny and Maria!

The Area contest was organised this year by Waverley Communicators. Nearly 40 Toastmasters and guests from the clubs in Area 30 – Edinburgh, Glasgow and Linlithgow – attended which, for an Area contest is a large turnout.  The contest , held in the Theosophical Society in Edinburgh was chaired by experienced Toastmaster Avril Stringer,  Chief Judge Neil MacLure made sure that the judging, timing, and counting was carried out according to the rules and Area Governor Sheila Fraser presented the awards.  There were others, too numerous to mention, who helped make the contest a success either by competing, taking on a role or being part of the audience.  Special mention has to go to our club’s committee who not only organised the contest but made everyone feel welcome by organising tea/coffee. They even baked the cakes!

To find out more about Waverley Communicators, visit http://www.waverleycommunicators.org