At Waverley Communicators, we celebrate our members’ achievements, especially when Toastmasters has had something to do with them. 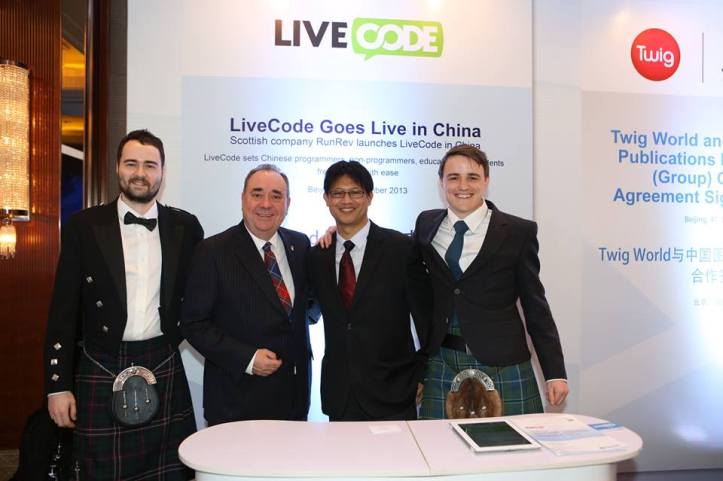 Waverley’s President Kevin Miller, is the founder and CEO of RunRev, overseeing a global team and development of the LiveCode programming language.

And if you were wondering why Kevin wasn’t at the meeting on Thursday, here’s the reason:

“Just back from an amazing trip to Beijing where we launched a Chinese subsidiary to take our platform into a brand new market.

The launch event was with Scottish First Minister Alex Salmond. Got some great photos of the signing ceremony (these aren’t a statement of my politics one way or other!).

I’m now the director of a Hong Kong based company in addition to RunRev here in the UK. We have some new tech for this market on its way.

Toastmasters has been absolutely instrumental in getting me to where I am today. I’ve had so many speaking engagements since starting Toastmasters that I wouldn’t have been able to excel at otherwise.

It’s that raising of the profile that very much helped getting this deal in China and having the First Minister present.” 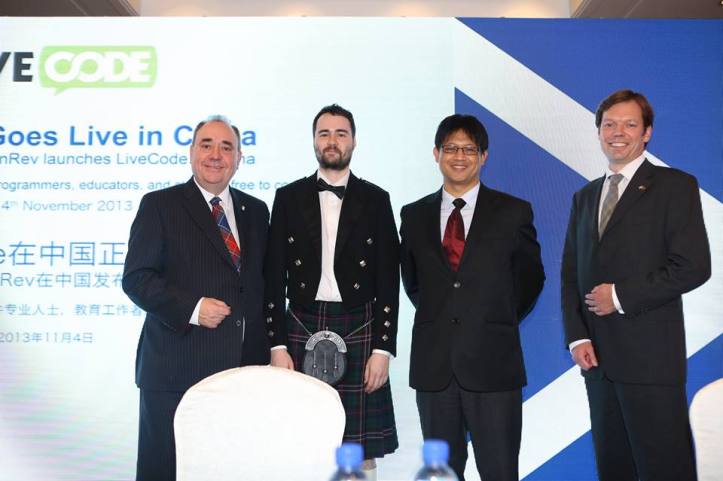 Kevin began programming at age 12 on a Mac LC, first in HyperCard and SuperCard, and created an RPG game as a hobby with friends.

This early hobby led to him developing Learn to Type, a more commercially realizable project which later developed into the Ten Thumbs Typing Tutor.

His programming interests and instincts matured after discovering MetaCard, and he began to realize his vision of bringing an English-like programming to a wider audience.

Since Revolution 1.0, Kevin has passionately evolved the company and product. He manages a global team and a modern technology company.

In his spare time Kevin plays the piano, enjoys recreational climbing and plays squash. He has a strong interest in personal development methods and is a member of Toastmasters.